AIC was developed as a direct result of my life’s path.

It prepared me to constantly enlarge my belief system for the benefit of a vision of the human being that integrates various representations of the world and life.

Here is a brief description of the essential steps that prepared me to develop and practice Accompanied Inner Communication.

I was born in Uruguay and I lived in Argentina for the first four years where my father was working. I learned French and Spanish simultaneously.

I don’t remember too much about that period, but my parents often described my agility to juggle from one language to another often acting as interpreter for my playmates.

A disastrous professional situation forced my parents to leave Argentina rapidly and return to France. I lost all of my bearings.

Whenever my parents spoke to me in Spanish I would answer in French, until my parents were so fed up that they stopped. So, I rapidly forgot Spanish, maybe as a way of fitting in.

I have always been fascinated by the mystery of words, so different from one language to another, yet reflecting the same reality.

I studied German, specializing in linguistics before teaching for a few years.

Meeting the man who was to become my husband propelled me into another universe.

He was working in Dubai, and I went to live with him there. We lived in the village of Kafji, Saudi Arabia near the Kuwaiti border, for almost two years.

I started to learn Arabic and refused the recluse-like life recommended for European women. Because women were not allowed to drive cars, I bought myself a bicycle to travel in the area. The Saudi women opened their arms and hearts warmly which allowed me to discover another world.

Once again, I had to let go of my traditional references.

Years later, after returning to France and then a brief stay in Singapore, we settled down in Japan with three young children. I lived the first few months in Tokyo as if I had been totally uprooted. Never had my personal/life references been so shaken.

The fundamental values that I based my life on - even in Saudi Arabia - were eaten away like a wood beam eaten by termites.

In the beginning the country seemed cruel, until I realized that the social cohesion was based on values radically different than those in Judeo-Christian cultures.

In order to feel less isolated, I made the necessary adjustments to become integrated in the neighborhood community where we lived; from then on, I realized I could count on unfailing support.

I spent long hours committed to learning the spoken and written language. Little by little I integrated another way of functioning. With ideograms I discovered another access to language. An ideogram contains a quantity of information. The word is no longer linear; it becomes a sphere rich with symbolic contents.

The adoption of our fourth child, a little girl of Korean origin, was a big step on my personal path to the conscience of the human being part of ONE – disregarding cultures – ONE where the binding element is LOVE.

Today, I understand how all of these different cultural environments prepared me for my current activity: Accompanied Inner Communication.

While we were living abroad, I taught whenever it was possible. After returning to France, I quickly felt stifled teaching in the local high school. So, I decided to make a career change and study to become a psychotherapist.

My meeting with Pierre Weil was a decisive element that nudged me towards the transpersonal dimension of psychotherapeutic care. What I learned during the courses he taught was an important milestone for Accompanied Inner Communication.

This encounter helped me put into words my personal inner experiences and to contact a sacred area that I had always felt but had not cultivated.

Beyond the important events in our lives and their influences, an unhurt conscience exists in the heart of our being which dilates with each experience that life allows us to traverse.

Accompanied Inner Communication reveals this aspect of our being which grows as we transform to integrate the more or less painful experiences that punctuate our path. 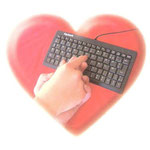